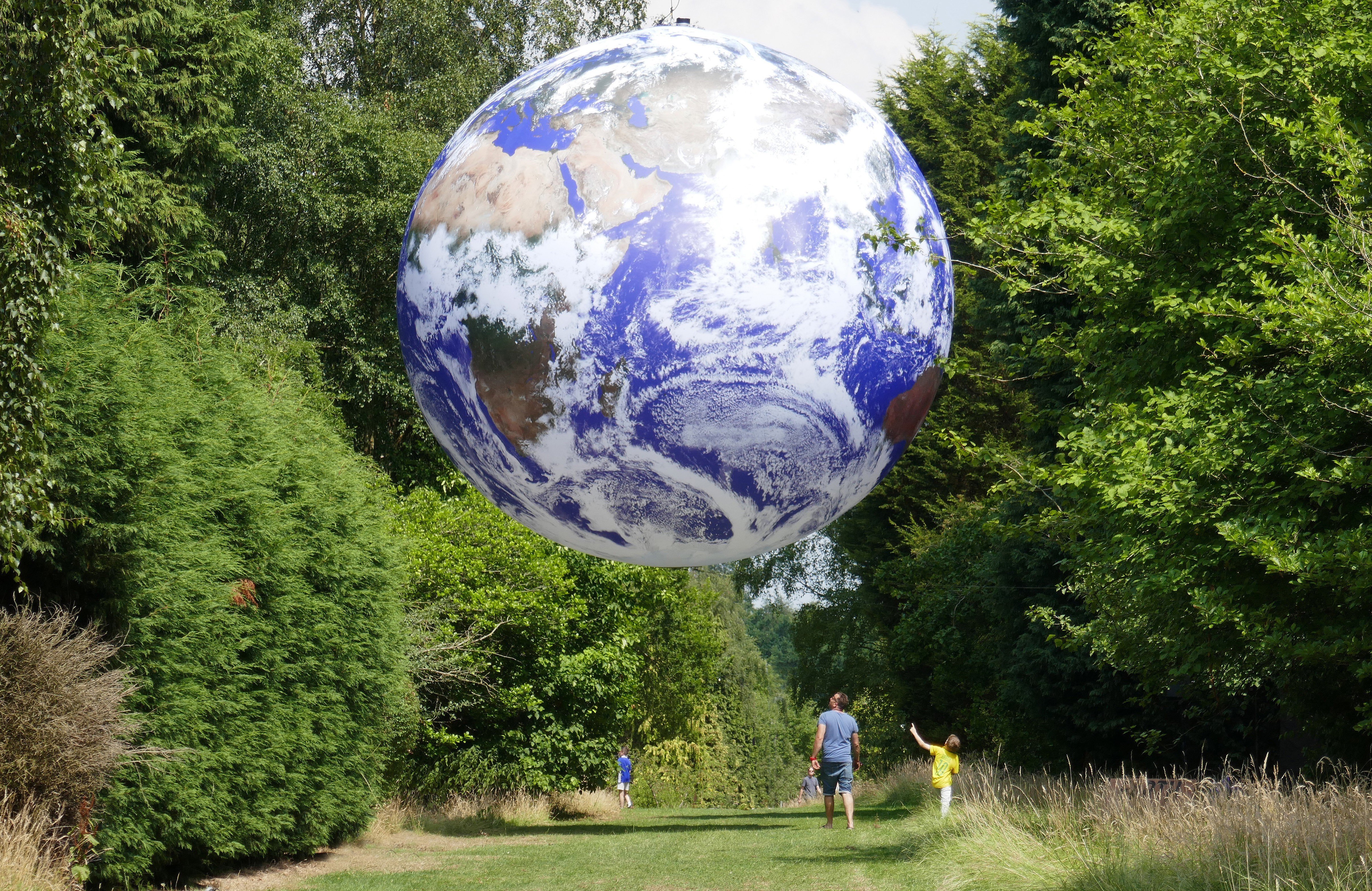 Measuring six metres in diameter, Gaia features 120dpi detailed NASA imagery of the Earth’s surface*. The artwork provides the opportunity to see our planet on this scale, floating in three-dimensions. The installation (which was present at COP26) creates a sense of the Overview Effect, first described by author Frank White in 1987. Common features of the experience for astronauts are a feeling of awe for the planet, a profound understanding of the interconnection of all life, and a renewed sense of responsibility for taking care of the environment. The artwork also acts as a mirror to major events in society, providing the viewer with a new perspective of our place on the planet: a sense that societies of the Earth are all interconnected and that we have a responsibility toward one another.

A specially made surround sound composition by BAFTA award-winning composer Dan Jones is played alongside the sculpture. In Greek Mythology, Gaia is the personification of the Earth.

Gaia has been created in partnership with the Natural Environment Research Council (NERC), Bluedot and the UK Association for Science and Discovery Centres. With supporting partners Culture Liverpool and Liverpool Cathedral.

Luke Jerram’s multidisciplinary practice involves the creation of sculptures, installations and live arts projects. Living in the UK but working internationally since 1997, Jerram has created a number of extraordinary art projects which have excited and inspired people around the globe. Jerram has a set of different narratives that make up his practice which are developing in parallel with one another. He is known worldwide for his large scale public artworks.

In collaboration with University Church of St Mary the Virgin. 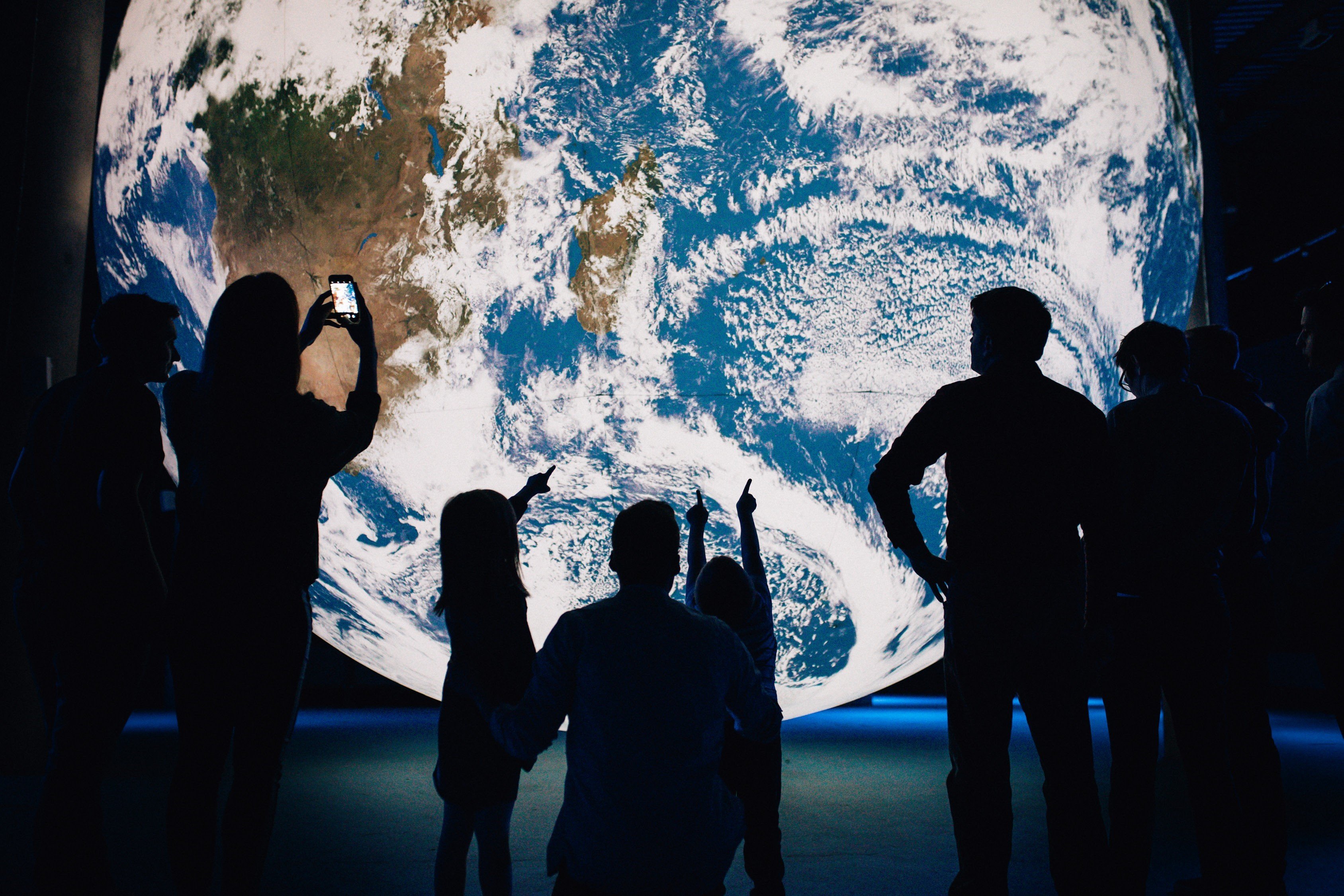 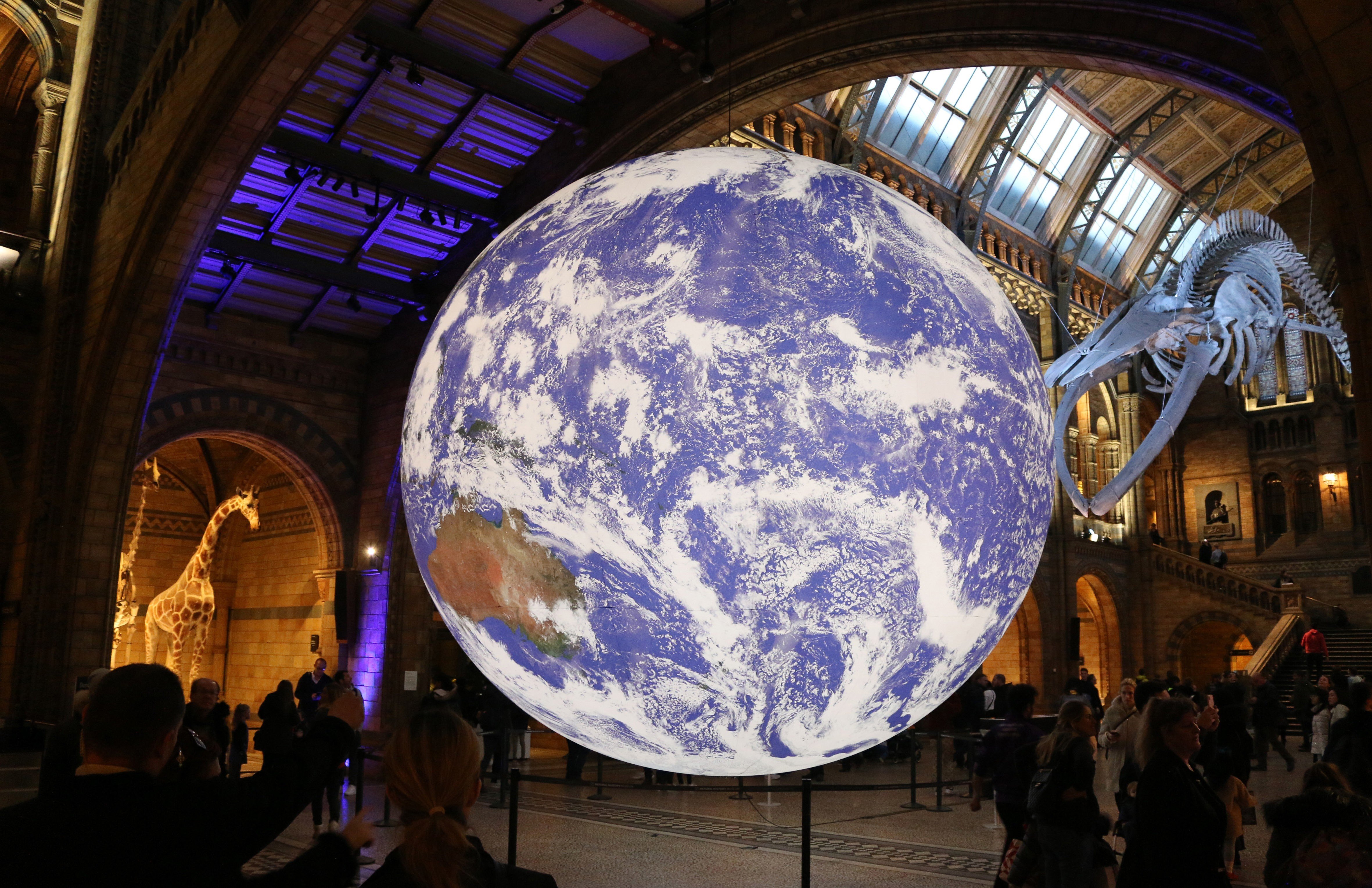 The artwork is 2.1 million times smaller than the real Earth with each centimetre of the internally lit sculpture describing 21km of the Earth’s surface. By standing 181m away from the artwork, the public will be able to see the Earth as it appears from the moon.
Unlike the moon, which we have been gazing at for millennia, the first time humankind got to see the Earth in its entirety as a blue marble floating in space was in 1972 with NASA’s Apollo 17 mission. At this moment, our perception and understanding of our planet changed forever. Hanging in the black emptiness of space the Earth seems isolated, a precious and fragile island of life. From a distance, the Earth is just a pale blue dot.