The Bampton Lectures, founded by the will of the Revd John Bampton (1690-1751), first took place at the University Church in 1780. The original bequest specified that 'upon the first Tuesday in Easter Term, a Lecturer be yearly chosen by the Heads of Colleges only, and by no others, in the room adjoining to the Printing-House, between the hours of ten in the morning and two in the afternoon, to preach eight Divinity Lecture Sermons, the year following, at St. Mary's in Oxford, between the commencement of the last month in Lent Term, and the end of the third week in Act Term.'

The mode of delivery has changed over the years, and the eight lectures are now concentrated on a series of day conferences in Hilary and Trinity Terms. These prestigious lectures - sometimes courting controversy, always intellectually stimulating - have covered a range of theological subjects over the years. According to the original bequest, the 'Divinity Lecture Sermons shall be preached upon either of the following Subjects: to confirm and establish the Christian Faith, and to confute all heretics and schismatics; upon the divine authority of the holy Scriptures; upon the authority of the writings of the primitive Fathers, as to the faith and practice of the primitive Church; upon the Divinity of our Lord and Saviour Jesus Christ; upon the Divinity of the Holy Ghost; upon the Articles of the Christian Faith, as comprehended in the Apostles' and Nicene Creeds.' 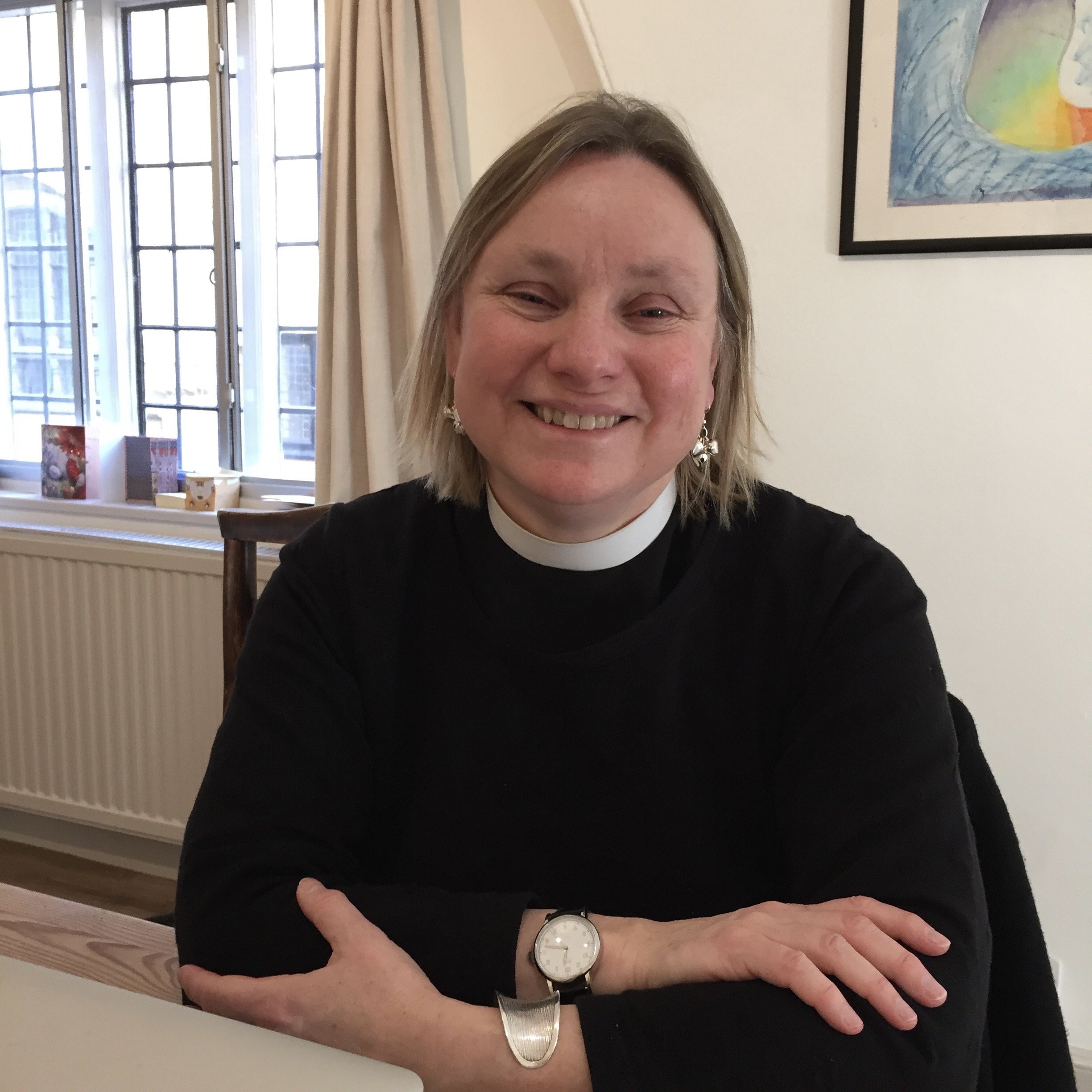 Dr Martin’s title for this year’s Bampton Lectures is Four-Dimensional Eucharist. She will be thinking about the eucharist both as sacrament and as ritual theatre, and asking some unusual questions of it.  She will be considering its physicality in a time of increasing online presence, the abiding Christian tension between presence and absence it already contains, and its efficacy in a modern culture which veers unstably between scepticism and enchantment.  Her range of reference will be wide, reaching from fantasy genres and virtual reality to Eucharistic theology and the anthropology of ritual.

The lecture series is structured by the metaphor of geometrical ‘dimensions’: from the point (or line) to the flat shape, to the three dimensions of situated theatre, to the layerings of personal and sacred time. These lectures were delivered on Tuesday 11 May and Tuesday 18 May 2021.

The Revd Canon Dr Jessica Martin has been Residentiary Canon for Learning and Outreach at Ely Cathedral since 2016, following six years as priest-in-charge of a multi-parish benefice in South Cambridgeshire.  Before that, she was Fellow in English at Trinity College, Cambridge, where her research focus was on early modern piety and the early history of literary biography.  Her most recent book is Holiness and Desire (2020), which considers the roots of human desire and the consequences of its modern commodification.

The Point of the Eucharist

A point situates perspective; it gives a focus. This lecture asks how the concept of ‘sacrament’ can work in a culture which may choose to strip symbols of their power on a more or less arbitrary basis. It goes on to ponder the story behind Eucharist as one which anticipates such stripping in the divine value it assigns to the weak, the broken and the doomed.

This session thinks about the different 2D modes and conventions upon which we rely for our access to the Eucharist.  It considers the linear nature of ‘argument’ for making Eucharistic meaning, and its limitations.  It looks at the conventions of written, printed liturgy, at how the technology of the page filters, orders and confines what happens.  Informed by the recent experience of the pandemic, it discusses screened Eucharists as technologically-enabled representations which may - or may not - falter on the threshold between communion and its simulation.

The Eucharist as Theatre: Place and Space

This session thinks about ‘place’ as it plays out in a piece of ritual theatre constructed partly around absence – how vital physical gathering and genuine communal eating might (or might not) be for the realised Eucharistic drama of communal feast and remembered loss.  It considers the ways that liturgy makes things happen, as an event in a particular space with particular performers. It asks how ‘real’ representation can become if we are physically absent from one another, and what influence the deniability of symbolic acts has on our ambivalent relationship to acts of communion.

The Eucharist in Time

This session asks about the nature of memory in Eucharistic action - not only in its bringing together of Jesus’s fleshly present with our own, but in the smaller and more particular meetings of personal past and present which happen for worshippers.  It thinks about the meetings and partings, the presences and absences, of private lives and loves, which are part of the power of liturgical reiteration. It finishes by pondering what is different, and what the same, between the connections of love set up in non-eucharistic memorials or records of the vanished past and the relationship which Eucharistic liturgy establishes between loss and meeting.

The contemporary relations between science and religion are often thought of in terms of competing factual claims or ways of knowing—evolution vs creation, reason vs faith.  On this understanding, apparent conflicts between science and religion are to be resolved by argument. But such arguments rarely turn out to be persuasive to those not already committed to their conclusions.

Professor Harrison's suggestion will be that this is because these arguments are not doing much real work, but are the outward expression of implicit commitments to narratives about science and religion that have a historical form:  "The most common of these stories is the ‘conflict narrative’, which proposes an enduring historical conflict between science and religion.  While historians have debunked this narrative, it still exercises a pervasive influence on science-religion discussions. Less commonly remarked upon is a ‘naturalism narrative’, according to which the successes of science have shown us that there is nothing in the universe but physical forces and entities.  This narrative operates less by opposing specific arguments than by simply making traditional understandings of divine action unthinkable.  In these lectures I will trace the historical emergence of these powerful narratives about science and religion, with a particular focus on the rise of modern naturalism.  I will then turn to the specific ways in which these narratives have unhelpfully shaped contemporary arguments about divine action and purpose."

The lectures took place on 12th February and 19th February 2019. They were followed by seminars in the Old Library. The first seminar was on 'Evidence and Religious Belief' and the second seminar was on 'Divine Action in a Disenchanted World'.

Supernatural Belief in a Secular Age

Science and the Disenchantment of Nature

Nature and the Idea of the Supernatural

Religious Belief and the Myth of Scientific Naturalism