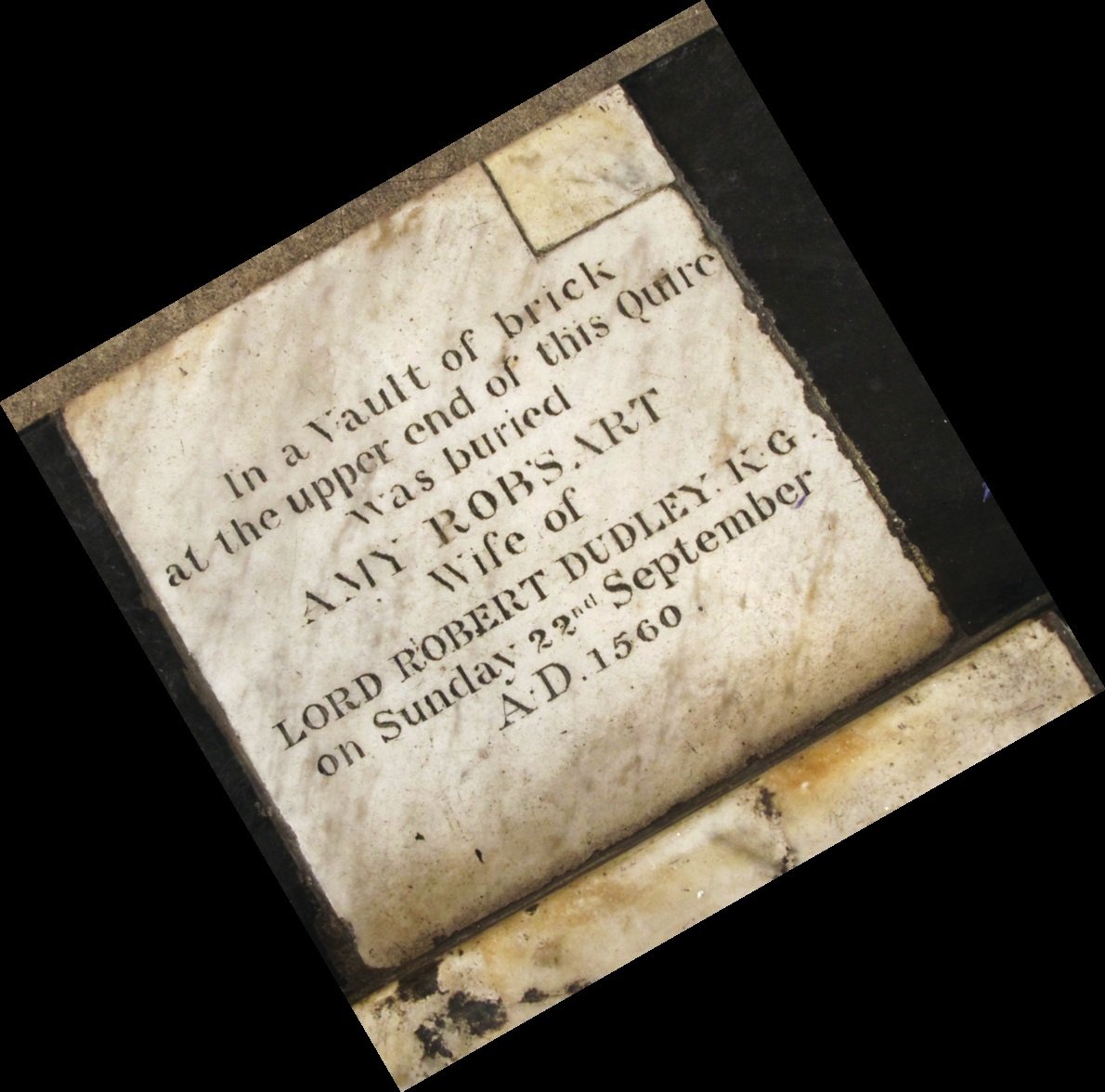 Elizabeth I was often called the ‘Virgin Queen’, especially towards the end of her life when it was clear she was not going to marry.  As a young woman, however, she had been very close to Robert Dudley, the earl of Leicester, and it was rumoured she might marry him when she came to the throne (aged only 25).  Dudley was already married to Amy Robsart, but Amy died in 1560 after a mysterious fall.  Scandalous rumours soon circulated that Amy had been murdered, and Elizabeth realised that she couldn’t marry Robert after all.