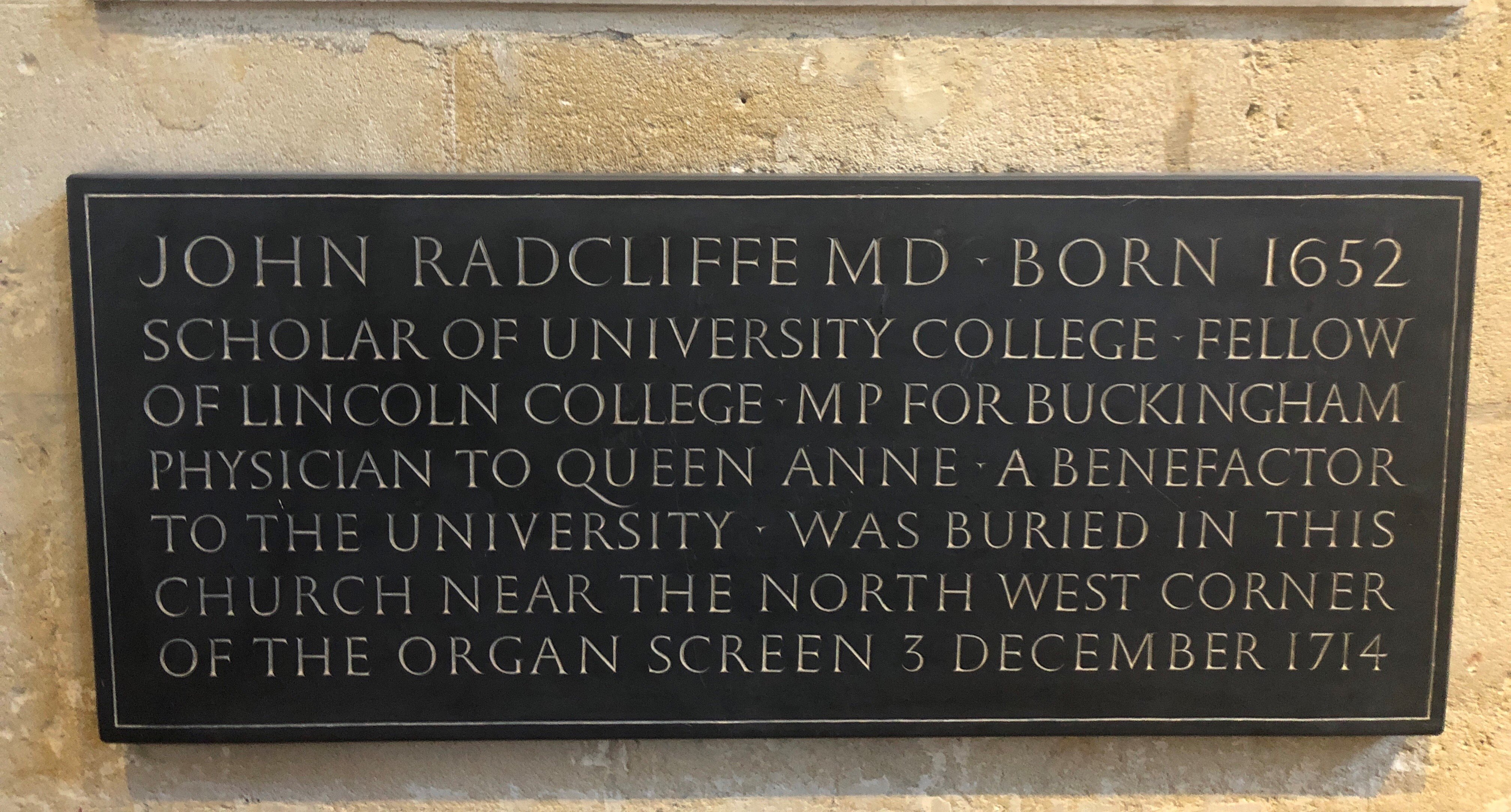 One of the greatest benefactors to the University of Oxford was John Radcliffe, physician to King William and Queen Mary. He was known for his bluntness, even to the King, but his medical practice made him a fortune. When he died in 1714 his money went to the hospital which now bears his name and to fund the Radcliffe Camera outside St Mary’s. He is buried here in St Mary’s along with other prominent scientists and mathematicians, like John Wallis who helped break Royalist codes during the civil wars.