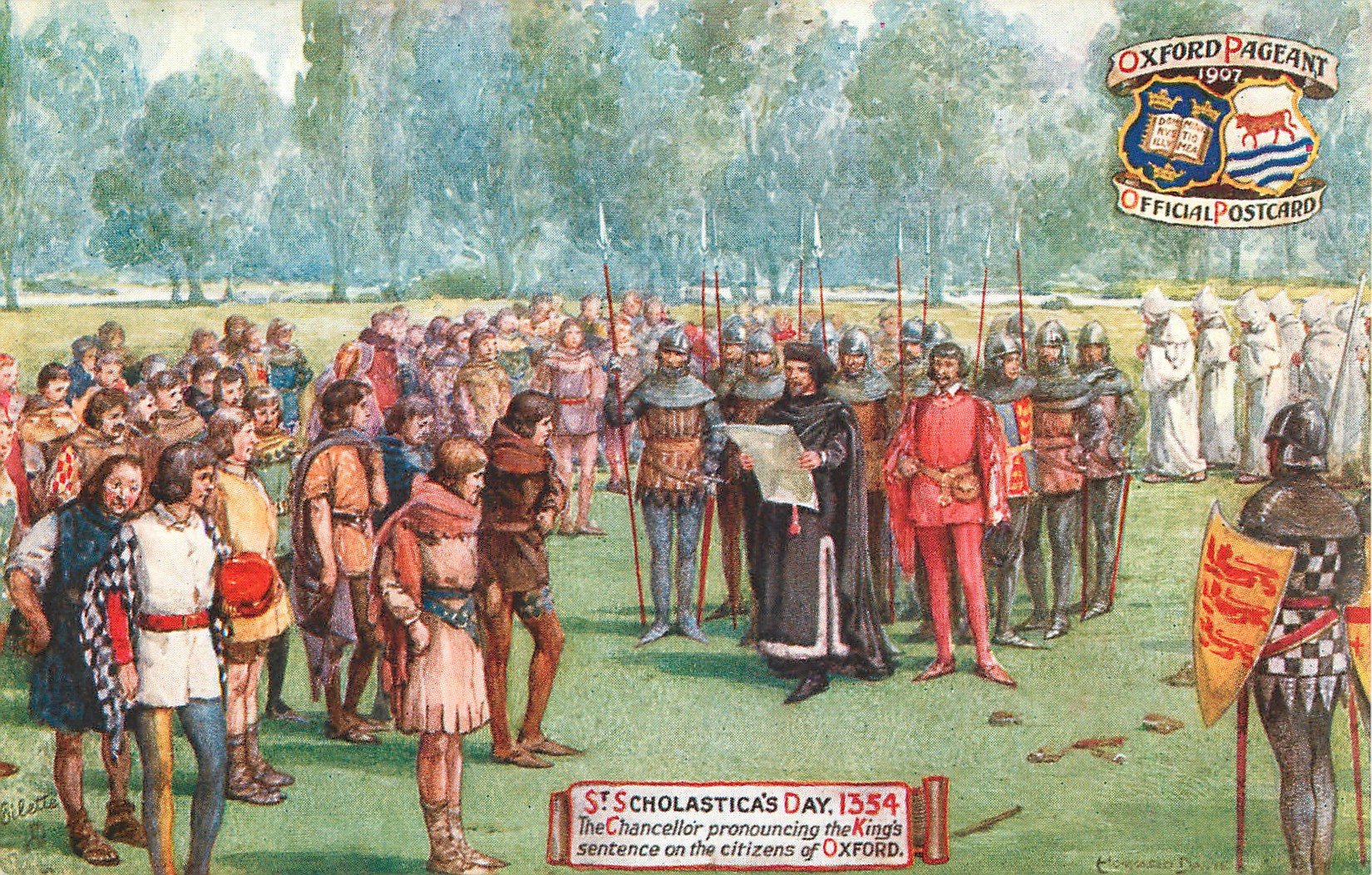 Sometimes there was friction between town and gown – and there could be fatal consequences.  In 1355 some students complained about the ale in an Oxford tavern, and in a tense situation of distrust between townspeople and the university, this became the excuse for a pitched battle between armed groups.  The scholars came off worst in the battle, and sixty three of their number were killed.  But the University forced the town to make amends, and every year – on St Scholastica’s day, 10 February – the mayor had to march barefooted to St Mary’s to pay a fine.

Image may be subject to copyright. If you own this image, please let us know by emailing here.